By: Net at Work Team | Category: 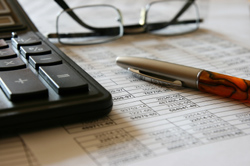 The Interim Release Download (IRD) and final Product Update for MAS90/200 Version 4.4 will consist of year-end changes required for Payroll and Accounts Payable 1099 forms. Both the Tax Table Update (TTU) and IRD (PU 4) are scheduled to be available for download by December 17th. Here are some of the major changes.

For Payroll, the main changes for 2011 include a reformatted Form W-2 to accommodate the provisions of the HIRE Act, which went into law early in 2010. The HIRE Act is intended to stimulate hiring. Its primary effect on payroll and year-end processing relates to the provision for relief from paying the Employerís share of Social Security tax when hiring new employees who have been out of work for over 60 days (Qualified Employee). Sage added a new field with the second quarter 2010 Payroll Update that allowed you to flag Qualified Employees. In order for the amounts to appear properly on W-2 forms, you will need to follow some special instructions. If you have hired Qualified Employees in 2010, be sure to read the Frequently Asked Questions (FAQ) and Release Notes included with the Year End Update with particular care. The instructions vary depending on the version of Sage ERP MAS 90 MAs 200 you are running.

Get your first look Sage 100 Payroll 2.0! Sage has recently shared four new videos demonstrating and giving you a preview of the upcoming new release of the Sage 100 Payroll Module. As noted within each video, these features are…

Will you be joining us in Chicago? Taking place July 25-28, Sage Summit 2016 is the world’s largest gathering of small and medium businesses, with celebrated keynotes, business experts, innovations, networking, education and training. In this post we’ll review the top reasons to attend.