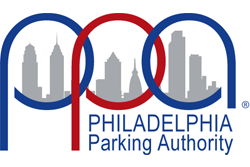 The mission of the Philadelphia Parking Authority is to contribute to the economic vitality of Philadelphia and the surrounding region by effectively managing and providing convenient parking on the street, at the airport, and in garages and lots; effectively operating a system of red-light camera enforcement; regulating taxicabs, limousines and transportation network companies; and other transportation-related activities.

For over 20 years, the Parking Authority had used Sage Abra Suite to manage their workforce of almost 2000 employees.  Beginning in 2018, they realized that they would need to move off the unsupported Abra Suite platform and they turned to their Sage Business Partner for advice.

According to Jonathan “Jono” McGuire, PPA Controller, the process started with the Net at Work team, including Account Manager Nicole Johnson and Consulting Manager Harold Ford, sitting down with the PPA team to map out the migration from Abra Suite.  Eventually, it was decided that PPA would move to Sage HRMS for all of its functions: HR, Payroll, ESS, Online Benefit Enrollment, Online Forms, Timekeeping and Alerting.  The Net at Work Team, which eventually grew to include Alex Starchenko, Sue Ermatinger and Paralea Boose, worked with the PPA team to plan realistic goals and milestones.  According to Jono, they ‘planned and planned and planned again’ until everyone was clear and committed to their part of the project.  Once the migration started, Net at Work met their commitments and communicated their progress through regular weekly meetings.  Nicole was the ‘Den Mother’ according to Jono, keeping folks on task and making sure that there were no unknowns in the process.  The Net at Work Team made a promise that the migration would be successful.

Philadelphia Parking Authority has a number of complexities associated with its HR and Payroll functions.  During the migration, for example, over 100 custom reports had to be rebuilt.  The union payroll includes complex calculations for overtime and weekend work. Alex worked with PPA IT to get the system installed and optimized for the PPA environment.  Paralea eventually would spend several days onsite in Philadelphia as the system got closer to go-live.  As Jono said, Net at Work deployed “the right assets at the right time” to solve whatever issues had arisen at each stage of the project.  As he said, the Net at Work team and their collaborators at the PPA “looked for solutions, not for blame”.

From the very beginning of the project, before a single piece of software had been installed, Net at Work staff spoke to each and every one of the PPA system users to gain understanding of how they used Abra Suite and what their expectations were for Sage HRMS.  That exercise revealed several surprises that were incorporated into the project plan; assuring that all user expectations were planned for and met.

In addition to the weekly meetings and ongoing communication that took place during the project, there was an additional task that Net at Work was asked to perform.  Jono and his team were not concerned about the commitment to the project success from Net at Work and Sage.  However, like any complex implementation, there were additional third-party applications that would need to be integrated into the new solution.  Harold stepped in to assure PPA not to be nervous, there would be no finger pointing, no ‘that’s your job’ avoidance.  In fact, Net at Work took the lead in managing the third-party projects to assure a complete migration.

One area that continues to concern PPA was disaster recovery.  With HR/Payroll mission critical for a service organization, the PPA team wondered what could be done to assure uptime.  They were also concerned that some of their system was employee-facing via the Internet and there were security concerns.

This gave Net at Work an opportunity to provide a solution from Net at Work’s broader technology ecosystem.  Working with the team, Net at Work was able to offer hosting of the entire HRMS system via Cloud at Work.  A hyper-secure, redundant cloud environment, Cloud at Work solved the problems Philadelphia Parking Authority faced.  Now the PPA team could focus on the work to be done and let Net at Work focus on providing the environment to do it in.