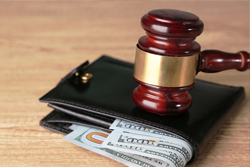 One of the responsibilities put on employers is to garnish the wages of their employees for unpaid debts when ordered to do so by a court.  Common wage garnishments include child support, Federal and State tax levies and student loans.

Creditors like credit card issuers can also go to court to request garnishment of wages for unpaid debts.  The amount that can be legally garnished is controlled by Federal and State law.  The ‘disposable income’ on which a garnishment is based depends on who the garnishment is being paid to and what other garnishments, if any, are already being taken out.

Under Federal law, Title III of the Consumer Credit Protection Act limits the amount that can be garnished to a maximum of 25% of disposable income (wages less certain deductions like taxes) or 30 times the minimum wage, whichever is smaller. In cases of child support or alimony, that percent may rise to as high as 55%.  In addition, each State has restrictions on the amount and conditions under which garnishments can be taken and how much. Finally, there are restrictions based on the number of garnishments and the priority assign by the court.  All of this can lead to complications for employers when processing payroll.  Since employees are especially sensitive to issues around their garnishments, it is critical for employers to properly set up and maintain the garnishment.

The first step is to take some time to thoroughly read and understand the garnishment order.  Some key elements to understand are:

If there are any questions about what is being ordered, employers should consult with legal counsel immediately for advice. Employers are required to begin the garnishment immediately, even if the employee is contesting the garnishment in court, until ordered by the court (or government agency in the case of a tax levy) to stop.

An additional consideration is whether the employee already has garnishment orders in place. The rule of thumb is “first in time, first in right’, meaning the oldest or first garnishment is made first, then the next oldest and so forth until the garnishment maximum is reached.   However, IRS levies and child support can ‘jump the line’ and take priority over other garnishments.

Finally, although garnishments require additional work on the part of employers, the Consumer Credit Protection Act(CCPA) specifically state that an employee cannot be terminated or disciplined for their first garnishment (under Federal law, this protection does not extend to multiple garnishments, although State laws may apply).

How Sage HRMS Can Help

Sage HRMS allows multiple garnishments to be setup and managed for employees.  There is no need for manual calculation or monitoring when the garnishment is complete. 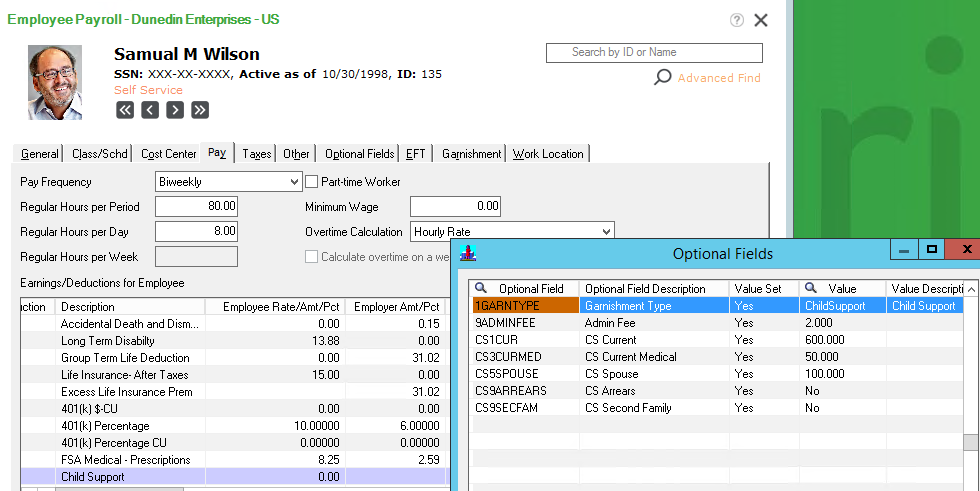 For child support, an EFT can be setup to allow electronic payment.  The EFT payments are processed along with the regular pay check EFT files for direct deposit.

For more complex, multi-garnishment or multi-state situations, the Garnishment Manager add-on allows garnishments to be prioritized and re-calculated based on the pay period disposable income of the employee. 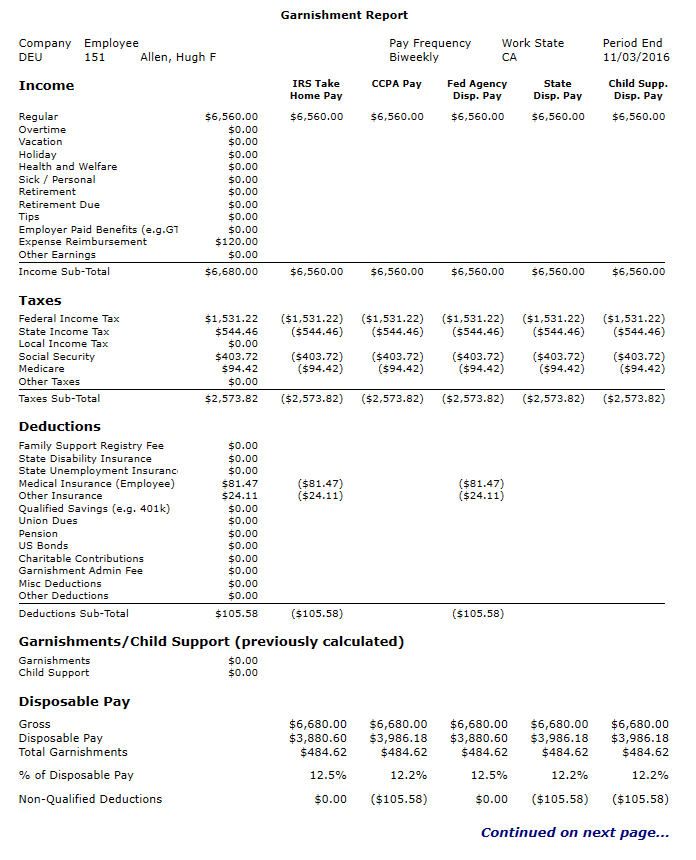 Garnishment recalculations are then posted directly onto the timecard.  There are no additional databases to maintain.

Although never an easy process, wage garnishments can be managed to minimize their impact on the payroll process with the tools in Sage HRMS.  For more information, please contact the Employer Solutions practice of Net at Work, Inc. at 800-719-3307.