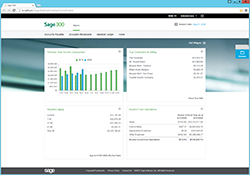 Sage 300 2016 is slated for an official release this November, and a few lucky companies have been chosen to participate in the controlled release in early October. The newest version of Sage 300 2016 is a realization of Sage’s vision starting with the design of Sage 300 6.0. At that time, Sage 300 introduced users to a new web interface titled the portal. Welcoming Sage 300 to the web browser, the portal granted users the ability to customize links, perform data queries, and configure dashboards. Sage followed in version 2012 with new Visual Process Flows and expanded the capabilities in Sage 300 2014.

The latest installment of Sage 300 seeks to place the entire power of Sage 300 in the web. Unlike its predecessor, the portal, the new Sage 300 web screens do not link to the classic data entry screens. Sage 300 2016 provides a complete web experience for browsing and entering data. You now have four flexible options to access your Sage 300 data: Classic/Desktop Screens, The Portal, Visual Process Flows, and Sage 2016 Web Screens. The power in these options is that it allows users to view data in the most efficient way that makes sense to them. These methods are simply different access points. Best of all, on-premise installations can utilize the web screens without moving to the cloud. You are now able to have the look and feel of the cloud while still controlling your on-premise network and hardware.

Recorded Webinar:
Introduction to Sage 300 version 2016 – A look at the new release of Sage 300
Register/Learn More

In the initial release, Sage 300 Web Screens will be provided for Administrative Services, Common Services, Tax Services, Bank Services, Accounts Receivable, and Accounts Payable. The operations suite (Inventory Control, Order Entry, and Purchase Orders) will be implemented as part of the first product update. Sage also has plans to release development documents to start allowing you to bring your customized Sage 300 screens to the web and leverage web design to personalize your Sage 300 web experience. 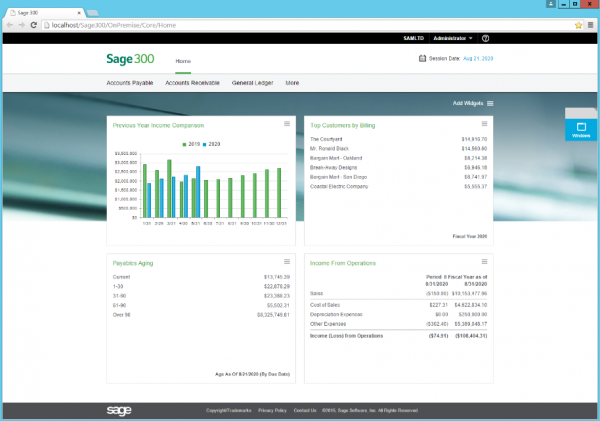 Along with the new screens, a KPI dashboard will serve as the homepage.

These are true web screens that run in all the main browsers including IE, Edge, Chrome, Firefox and Safari. There are no plug-ins required, everything is pure HTML, CSS and JavaScript. This means you can access these screens from all sorts of devices like Macs, Windows Desktops and Laptops, Chromebooks, iPads, Android Tablets, Linux Workstations, Raspberry Pi’s and many other devices. Source – Stephen Smith. 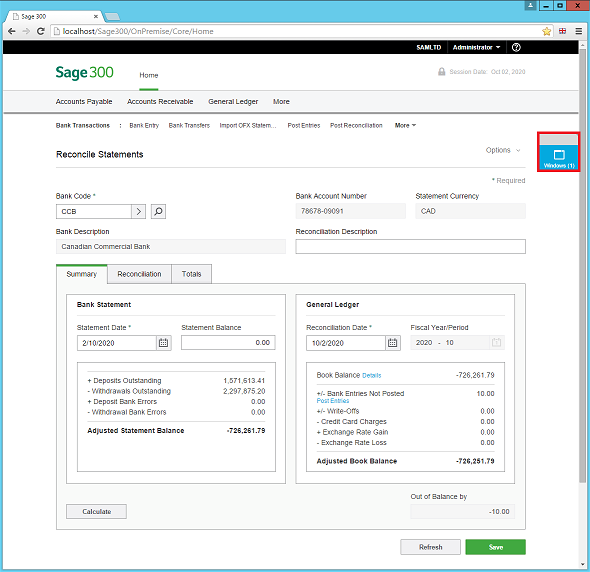 A menu icon will manage all open windows to help you easily navigate between modules/screens all within the same window.

How to Start Your Organization’s Roadmap for Digital Transformation