Mae Carol Jemison is an American engineer, physician, and former NASA astronaut. She became the first black woman to travel into space when she served as a mission specialist aboard the Space Shuttle Endeavour.

As a doctor, engineer, and NASA astronaut, Mae Jemison has always reached for the stars. In 1992, Jemison became the first African American woman to travel in space. She has also written several books and appeared on many television programs including an episode of Star Trek: The Next Generation. In addition to her many awards, Jemison has been inducted into the National Women’s Hall of Fame and the International Space Hall of Fame.

Mae Carol Jemison was born on October 17, 1956 in Decatur, Alabama. The youngest of three children, her mother was an elementary school teacher and her father was a maintenance supervisor. A few years after she was born, Jemison and her family moved to Chicago, Illinois. In addition to her love for dance, Jemison knew that she wanted to study science at a very young age. Jemison grew up watching the Apollo airings on TV, but she was often upset that there were no female astronauts. However, Jemison was inspired by African American actress Nichelle Nichols who played Lieutenant Uhura on the Star Trek television show. Jemison was determined to one day travel in space. In 1973, she graduated from Morgan Park High School when she was 16 years old. Once she graduated, Jemison left Chicago to attend Stanford University in California.

As one of the only African American students in her class, Jemison experienced racial discrimination in school. She later served as president of the Black Student Union and choreographed a performing arts production called Out of the Shadows about the African American experience. Jemison graduated in 1977 with a Bachelor of Science degree in Chemical Engineering and a Bachelor of Arts degree in African and African-American studies. After graduating from Stanford University, Jemison attended Cornell Medical School. While in medical school, she traveled to Cuba to lead a study for the American Medical Student Association. She also worked at a Cambodian refugee camp in Thailand. Jemison graduated from Cornell with a Doctorate in Medicine in 1981. Shortly after her graduation, she became an intern at the Los Angeles County Medical Center, and then went on to practice general medicine. Fluent in Russian, Japanese and Swahili, Jemison joined the Peace Corps in 1983 and served as a medical officer for two years in Africa.

After working with the Peace Corps, Jemison opened a private practice as a doctor. However, once Sally Ride became the first American woman in space in 1983, Jemison decided to apply to the astronaut program at NASA. She applied in 1985, but after the Space Shuttle Challenger exploded in 1986, NASA took a break from accepting new people. However, Jemison applied again in 1987 and was one of the 15 people chosen out of over 2,000 applications. She was selected for NASA Astronaut Group 12, which was the first group chosen after the Challenger explosion. After being selected, Jemison trained with NASA and worked on projects at the Kennedy Space Center in Florida and the Shuttle Avionics Integration Laboratory. She received her first mission on September 28, 1989 when she was selected to join the STS-47 crew as a Mission Specialist. On September 12, 1992 Jemison and six other astronauts went into space on the space shuttle Endeavor. This voyage made Jemison the first African American woman in space. The team made 127 orbits around the Earth and returned to the Kennedy Space Center in Florida on September 20, 1992.

Jemison left NASA in 1993 after serving as an astronaut for six years in total. She started The Jemison Group, a consulting company that encourages science, technology, and social change. She also began teaching environmental studies at Dartmouth College and directed the Jemison Institute for Advancing Technology in Developing Countries. After hearing that she was a fan of the Star Trek television show, actor LeVar Burton asked Jemison to appear in an episode. Jemison agreed and became the first real astronaut to be on an episode of Star Trek: The Next Generation. She played Lieutenant Palmer in the episode, “Second Chances.” In 1994, Jemison created an international space camp for students 12-16 years old called The Earth We Share (TEWS). She also created a nonprofit organization called the Dorothy Jemison Foundation for Excellence. Jemison later accepted a position as the Andrew D. White Professor-at-Large at Cornell University in 1999. She went on to write her first book in 2001, Find Where the Wind Goes, which was a children’s book about her life.

Currently, Jemison is leading the 100 Year Starship project through the United States Defense Advanced Research Projects Agency (DARPA). This project works to make sure human space travel to another star is possible within the next 100 years. She also serves on the Board of Directors for many organizations including; the Kimberly-Clark Corp., Scholastic, Inc., Valspar Corp., Morehouse College, Texas Medical Center, Texas State Product Development and Small Business Incubator, Greater Houston Partnership Disaster Planning and Recovery Task Force, and the National Institute of Biomedical Imaging and Bioengineering. Jemison is a member of the National Academy of Sciences’ Institute of Medicine and has been inducted into the National Women’s Hall of Fame, National Medical Association Hall of Fame and Texas Science Hall of Fame. She has received multiple awards and honorary degrees including the National Organization for Women’s Intrepid Award and the Kilby Science Award. She currently lives in Houston, Texas. 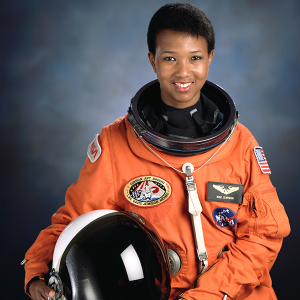 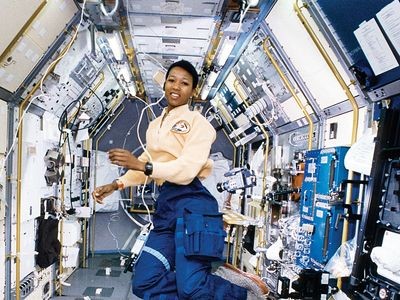 Women at Work and the D&I Committee joined forces this year and co-presented a Learn and Lunch to celebrate Pride on June 23rd. Aiming for a casual, relaxed event, we encouraged Net at Work employees to order lunch from a…

Often called “The Most Beautiful Woman in Film,” Hedy Lamarr’s beauty and screen presence made her one of the most popular actresses of her day but she is also has been dubbed as the ““the mother of Wi-Fi” and other…

In celebration of Hispanic Heritage Month, I would like to highlight one of the most inspiring and inventive contemporary visual artists I’ve come across.  Mika Rottenberg was born in Buenos Aires, Argentina in 1976, and completed her art education in…