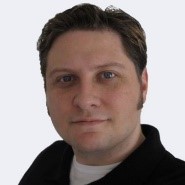 Harold G. Ford III, SPHR is the Consulting Team Leader for the Employer Solutions Practice at Net at Work. For the past twenty years, Harold has helped HR and Payroll teams build strategic value in their organization utilizing today’s technology.

Thousands of companies throughout the country have profited from Harold’s technical expertise and strategic planning. Armed with certified technology skills, successful project management, and a wealth of HR and Payroll management knowledge, Harold aids companies in improving their business objectives, workflow processes, and human resources systems.

He received his degree in Computer Science and Business Administration from Millersville University and has over twenty years of experience in HR Management and Payroll Administration. He is also a seasoned speaker, providing local, regional, and statewide organizations a variety of HR and Payroll topics. His most requested topics typically relate HR technology to the vision, mission, and goals of an organization.

Harold resides in Lancaster County, Pennsylvania with his wife and two sons, where he was born and raised. He is a self-professed geek, social media advocate, and early technology adopter.

Since May 2016, Harold has been responsible for managing the consultants in the Employer Solutions practice of Net at Work as well as Project Manager for the over 100 ongoing Employer Solutions projects. I asked him what was it like.  “Exciting.” He said, “I enjoy working with all of our consultants. . .  to act as a source to answer their questions and issues.” Harold has worked over these with his consultants to create a ‘tighter, cleaner process’ of project implementations.  That has allowed him to get ‘out of the weeds’ a bit and work more closely with our customers to enhance the strategic partnership as their trusted advisor.

His clients know he understands their business

Harold told me that he is most proud of the feedback he has received from his clients.  “I have been working in this field since 1995 and my customers have always followed me to wherever I worked.”, he told me.  His customers trusted his judgment and understanding of their business needs and “felt safe wherever [he] landed.” Taking the time to understand first before offering advice has reinforced his client’s trust in him. Honest feedback and a willingness to work on their behalf has solidified their trust.

What would surprise us about you?

Anyone who knows Harold knows him to be gregarious and a natural leader.  Public speaking and communicating with others seems a natural talent for him. So it was surprising to learn that Harold thinks of himself as an introvert.  “Some days, I could be just as happy sitting at home playing video games”, he said.  On the other hand, even as a teenager, Harold has challenged himself to be a leader and not shy away from the public. Singing, acting and public speaking have built up his confidence and that certainly shows thru to those who know him.

Favorite meal and with whom

“Good Italian food . . . and with whom?  I know it sounds like a stock answer, but I would love to have a conversation with Abraham Lincoln.”, Harold told me.  Having read a number of biographies, including Doris Kearns Goodwin’s Team of Rivals, it sounds like Lincoln would be a great guy to sit down with, swap a story or two and share a beer.

Speaking of beer, no profile of Harold would be complete without mentioning his encyclopedic knowledge of and enjoyment of beer.  As a home brewer himself and a connoisseur living in one of the meccas of American craft brewing, I had to ask Harold what he and Abe would be drinking.  “East Coast IPA’s right now”, he said, and rattled off a dozen great craft breweries on the east coast.

Who’s up for a road trip?